Saleha has called Melbourne home since 2004. A post-graduate qualified communications professional with more than 20 years’ experience, she has held leadership roles in India and Australia. She hosts a bi-weekly webcast—Chai, Chat & Community—for the South Asian community where she covers topical and social issues. As part of her community service, Saleha is also the Director and Board member of PeaceMeals—a not-for-profit charity, which encourages new migrants, refugees and established Australians to connect over a plate of food. Manjit is a successful small business operator with a degree in Interactive Multimedia. Dedicated to community service, Manjit is an active participant within the Australia-India Society of Victoria, Sant Nirankari Oneness Mission, Knox Multicultural Advisory Committee and Multicultural Harmony Festival. Manjit believes that ‘when you move your focus from competition to contribution, life becomes a celebration’. This philosophy and his values of tolerance for ambiguity, and adaptability guide his work. Monia is a qualified risk management and insurance professional with a Bachelor’s degree in Law & Commerce, with a Master’s degree in Business Administration. Monia has lived in Melbourne for 11 years, and currently works for the Victorian Managed Insurance Authority . She is also a Community Leadership graduate of Leadership Victoria. In dedication to her father, who passed away as an organ donor, Monia has been volunteering with Donate Life Victoria to raise awareness about organ donation within migrant and faith-based communities. Rama has a Bachelor of Mechanical Engineering and a Master of Engineering in Computer Science. He migrated to Australia in 1984, and has been working at National Australia Bank (NAB) for the last 32 years. At present, he serves as Senior Project Manager. Active in the Telugu speaking community in Melbourne, for several years, Rama and his wife, Jaya, ran a Telugu school at their home with support from several like minded community members. He was President of Telugu Association of Australia in 1996. He’s passionate about working to improve opportunities and develop his Australian and South Asian communities. With  a Master’s Degree in Management Studies and Bachelor’s Degree in Economics from the University of Bombay, Anand has extensive experience in organisational development and business management, across 23 countries. Anand has worked with a number of not-for-profit community organisations on a range of multicultural projects. A creative community leader and advocate, Anand holds various volunteer roles, including Director of SEWA International – Melbourne, and Vice President and Founding Member of Centre of Melbourne Multifaith and Others Network (COMMOM). After living in India, the Middle East and Singapore, Durga migrated to Australia in 1999. In Melbourne, Durga has committed herself to developing her Australian Indian community. Durga’s passion for community development carries through to her work; she has spent 10 years at a trading company she helped establish here in Melbourne, served 2 years as a member of the Knox Multicultural Advisory committee, and currently volunteers as a committee member and Community Liaison Manger with Ashray Women’s Centre. Durga is also a trained Healthy Relationship Ambassador. 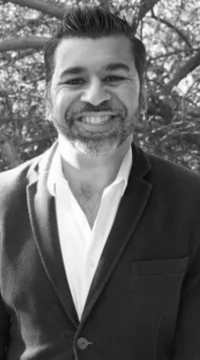 Sandeep  is an experienced organisational leader, and is currently the Founder and CEO of SAARI Collective, a media startup that amplifies the voices of South Asian Australians. A former government speechwriter, communications manager, corporate employment lawyer and youth human rights advocate, he won the Victorian Department of Justice Secretary’s award for his crisis communications work during the Black Saturday bushfires, and was recognised by the Lord Mayor of Melbourne for community support work during the COVID-19 lockdown. 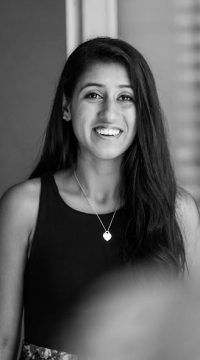 Sakshi has a background in medical science, finance and entrepreneurship. She is the founder of Humanism Global, a social enterprise that co-designs textiles education and employment with women from low socio economic backgrounds in India. She has previously worked at EY in Finance, chaired the Monash Youth Peer Reference Group and been a part of Monash’s gender equity advisory committee and their headspace campaign. Sakshi is a mentor and entrepreneur in residence at Catalysr, supporting migrants and refugees to build their own startups.

Rama has been active in the Telugu speaking community in Melbourne (Telugu is the language spoken in the states of Andhra Pradesh and Telangana in India). For several years, Rama and his wife, Jaya, ran the Telugu school at their house with support from several like minded community members. Rama was also the President of Telugu Association of Australia during 1996. Rama is community minded and interested in the betterment of Australia and Australians. At the same time, not forgetting his roots, Rama is also passionate about the betterment of Indian community within Australia.